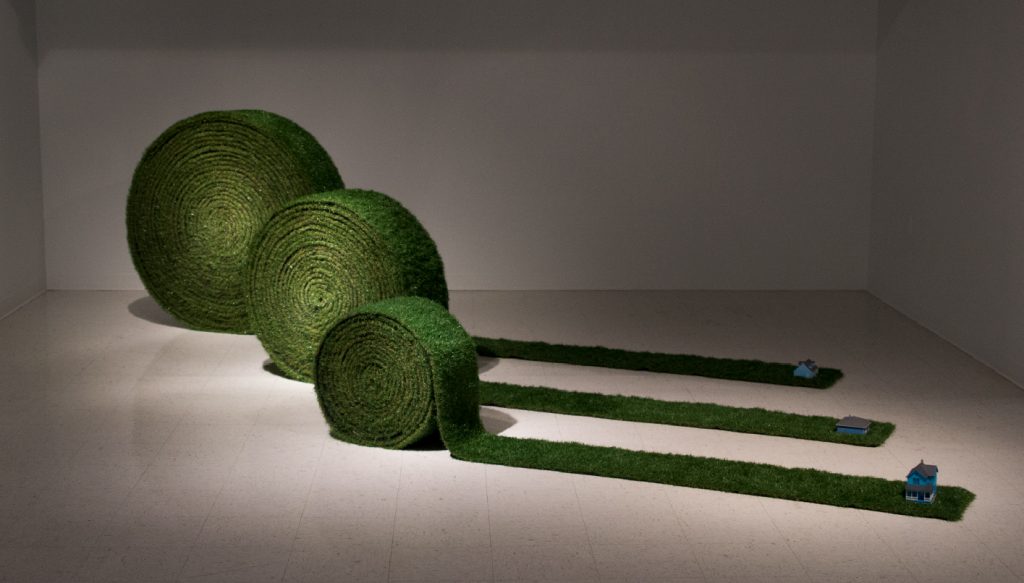 Join us Sunday, September 16th from 2-4pm in the Ewing Gallery, for an opening reception for Irons in the Fire.

The Ewing Gallery is pleased to partner with UTK Sculpture and the Mid South Sculpture Alliance Conference to present the work of 25 alumni of the UT Sculpture program.

This exhibition was curated by Bill FitzGibbons, UT School of Art Alum.
Artist Bill FitzGibbons has fabricated sculpture for over thirty years; during his career he has completed over 30 public art projects and performances in five countries including Rekjavik (Iceland), Helsinki (Finland), Braunschweig (Germany), Stockholm (Sweden), and Yorkshire (UK). The Texas State Legislature announced FitzGibbons as the Official State Artist, during the 82nd Legislative Session in 2012. With an environmentally conscious approach to public art FitzGibbons has embraced the use of computerized LED lighting systems. FitzGibbons won the COD Award for LightRails in Birmingham Alabama in 2014. FitzGibbons has been on the Board of Trustees for the International Sculpture Center and in 2011 FitzGibbons founded the Texas Sculpture Group as a chapter of the ISC. The University of Tennessee, Knoxville acknowledged FitzGibbons with the distinguished Outstanding Alumni Award in 2010. Additionally, in 1993 FitzGibbons taught at the Hungarian Academy of Art in Budapest, Hungary as a Fulbright Scholar.